Since mid-June, most areas of Pakistan are under flood due to massive monsoon rainfall. Heavy rains have triggered flash floods and wreaked havoc across much of Pakistan including Balochistan, Sindh, Punjab and Khyber Pakhtunkhwa. The impact of the heavy monsoon rains is drastic, affecting 33 million people in 116 districts across the country, with 66 districts being hardest hit.
According to official statistics, at least 1000 people have been killed and 1500 injured as a result of this natural disaster, and more than 161000 people have been displaced to relief camps. Around 950,000 houses were destroyed, 800,00 cattle were killed, and more than 200,000 hectares of crops were destroyed in the two months since June 14.
Floods have damaged as many as 149 bridges and 3,451 km of roads disrupting the supply of fruits and vegetables and causing an increase in prices.
Pakistan Islamic Medical Association (PIMA) is committed to provide medical facilities in flood-affected areas from day one. PIMA’s volunteer doctors are working in South Punjab, Balochistan, Sindh and Khyber Pakhtunkhwa through medical camps and mobile units to meet the medical needs of people affected by floods and also striving to prevent the spread of infectious diseases. 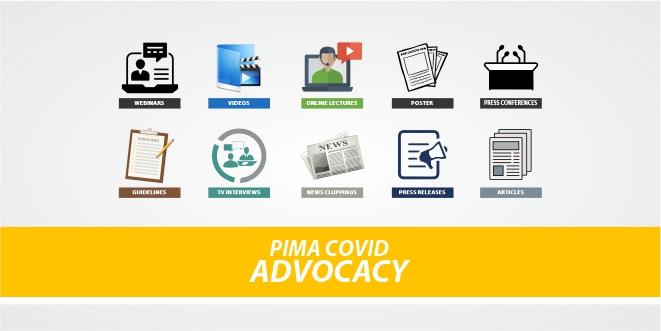