Pakistan Islamic Medical Association (PIMA) has demanded the immediate abolition of the National Licensing Examination (NLE) proposed by the Pakistan Medical Commission and immediate redressal of grievances of pre-medical students regarding NMDCAT. PIMA urged the Pakistan Medical Commission to act as a regulatory body rather than an examining board and regulate the excessively high fees structure, induction of medical students, lack of faculties and resources in private medical colleges and attached teaching hospitals. It seems that PMC has opened the gate of the corporatization of health care system of Pakistan leaving the health of the people of Pakistan at the hands of private mafia.

Dr. Khubaib Shahid said that Pakistan Medical Commission lacks of Transparency, Merit, Accountability and Regulatory Function. In the current structure of PMC, there are a few individuals empowered who are not democratically elected rather handpicked. They don’t have the required eligibility, capacity, vision and planning for this position. Even the non-doctors are members of this eight-membered PMC executive board which is surprising as professionals in the world themselves regulate their respective regulatory bodies through the democratic process. In principle, any law is implemented in a prospective way whereas the current law of the PMC has been enacted retrospectively.

He further said that PMC had decided to conduct a single national online NMDCAT exam in different batches spreading over a whole month without proper preparation. As a result, multiple gross issues are being reported including power and internet failures, out of syllabus questions, delays in results, issues in scrolling forward or backward the questions, during marking the answers, faulty Tabs etc. No uniform difficulty index and standardization were ensured by PMC as the prime aspect of online exam. This has produced credibility issues raising questions on merit and transparency. Moreover, no transparency is ensured in rechecking the results. PMC has been badly failed in conducting NMDCAT owing to its corruption, management failure, technology failure, incompetence, lack of transparency and merit resulting in bleaking the future of the cream of the nation’s students.

PIMA President added that according to this law, after five years of day and night hard work, strenuous and very detailed series of written, oral and clinical examinations, medical students will have to take another National Licensing Exams (NLE) after house job. The modern world is progressing towards a minimal and effective evaluation system but PMC is increasing the ineffective low standard burden of exams in addition to an already extensive evaluation and examination system. It also shows distrust on the credibility, standard and effectiveness of the existing evaluation system being used by medical colleges of Pakistan for decades that has produced highly qualified doctors working around the globe. An exam without any reward has no meaning and should be abolished immediately or implemented in a prospective way with additional reward in terms of induction in post-graduate training.

Dr. Khubaib informed that PIMA conducted two webinars on “Pakistan Medical Commission apprehension and Expectations” bringing all stakeholders together on a single platform for dialogue and consultation at the national level. These webinar meetings were richly attended by the Vice-Chancellors/Principles of various public and private sector medical universities as well as PMC officials including its President. Dr. Arshad Taqi, President PMC, promised that PMC will consult with all the medical fraternity representatives, institutions and medical colleges and come up with the consensus document but it’s still an unfulfilled promise. He further demanded that all private medical colleges are made responsible to ensure all the required facilities and faculties required by a teaching hospital and ensure the house job and post-graduate training of all its students. Furthermore, these private colleges and hospitals should be included in CIP as public-private partnership. To make such arrangements to make all district headquarter hospital as teaching hospitals and remove all hurdles in post graduate training processes and facilitate and encourage the post-graduate training programs, he added. Further private medical colleges registration and enrolment in foreign medical colleges should be banned for a considerable period of time. 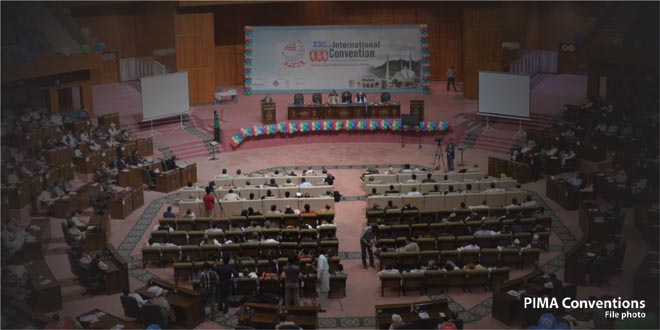 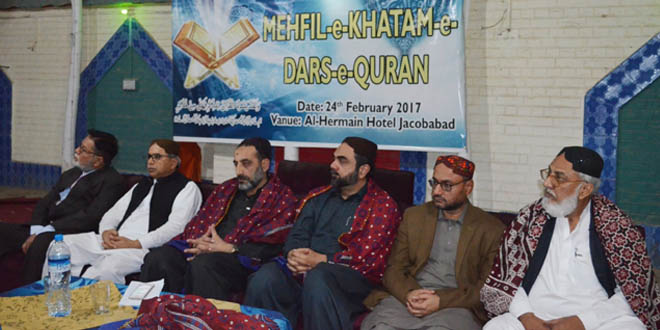