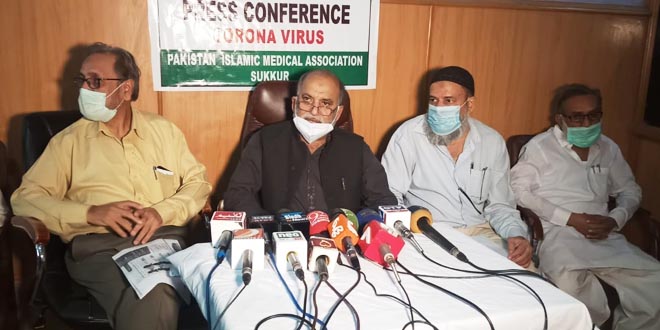 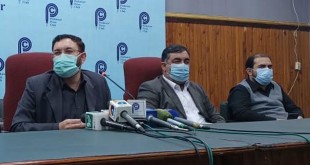 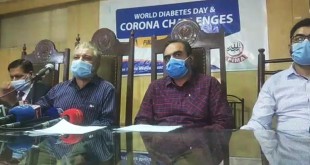 Sukkur, 12 November 2020: Covid-19 has become more severe than before and it is likely to spread faster due to weather conditions.

This was stated by Dr Abdul Aziz Memon, Sindh chapter president of the Pakistan Islamic Medical Association (PIMA), at a press conference here on Wednesday.

He said the situation could be dangerous because people were not taking the disease seriously atthe moment. All normal activities had been restored while no of ficial standard operating procedures (SOPs) were being strictly imposed at public level while big religious and political gatherings were also being held as usual.

He said the situation was of grave concern to PIMA and other doctors` organisations.

A large number of doctors were becoming Covid-positive while some of them had lost their lives as well, he said, adding that it was worrying that even doctors whowere not in direct contact with corona patients were suffering from the virus, which indicated the severity of the disease.

During the first wave of the pandemic, he said, PIMA had played an effective role through medical educadon, pubhc guidance, research, guidelines for doctors and the general public, provision of safety equipment to front-line health practitioners and establishment of health line services.

Acknowledging the government efforts in this regard, he said PIMA still offered its services to guide people.

He emphasised the need to make wearing of mask mandatory for everyone. Those who did not wear masks should be fined; the working hours of malls and markets should be minimised, and compliance of SOPs at public places, educational institutions and mosques should be ensured.

The PIMA president called for uninterrupted supply of safety kits to all doctors and medical staff and provision of additionalbenefits to staff serving in Covid wards. Political and religious parties were required to cancel their gatherings in view of the spread of the virus, he said.

He said the PIMA Health Line continued to provide free medical consultation to the general public. 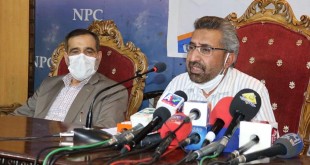